The Hyphen of Mytho-History

On the Dialectics of Time and Eternity

The essential truths expressed by the myths concern interrelated concepts. Cosmogony, theogony, ceremonies, calendar, mathematics, astronomy, economy, family, society, government, etc., are derived from the identical patterns or models. We are faced with a reciprocal grafting of all into a cosmic whole at each moment. No cultural element can be extricated from that whole to which it is solidly linked. (Esotericism of the Popol Vuh 13)

Perhaps the first, most fundamental challenge that the K’iche’ text of the Popol-Wuh poses to anyone undertaking a study of mythology “with an emphasis on depth psychology” is the impossibility of defining it with standard notions of “myth” and “history.” Even less is the Popol-Wuh reducible to subjective fantasy or ahistoric archetype. As Girard further notes:

From the perspective of the Popol-Wuh, the standard definitions of myth and history are dialectically related in the mytho-historic process. An adequate approach to the esoteric dimensions of the Popol-Wuh, following Girard and the host of scholars who lead the way, begins by redefining our categories of myth and history, not as external to one another, but as the dialectical twinship of mytho-historic consciousness.

The “hybrid” character of the K’iche’ book bids us enter the domain of twin consciousness. For both the “material” and “spiritual” aspects of the Popol-Wuh are “joined at the hip” by the hyphen of mytho-history.

Although focusing his study of the Popol Vuh on its mythic structures alone, Alfonzo Rodríguez makes this same observation of mytho-history and extends it to the whole of ancient mythology, namely, that “intentar separar lo mítico de lo histórico seria una tarea sumamente arriesgada y difícil, puesto que es propio de los mitos antiguos derribar la frontera entre una cosa y otra y fundir ambas en una sola” ‘to try to separate the mythic from the historical elements would be a very risky and difficult task, since it is the nature of ancient myths to tear down the boundaries that separate one thing from the other and to fuse them both into a single thing’ (Estructura Mítica del Popol Vuh 34). And it is in the mytho-historic nature of the Popol Wuh to tear down the walls that alienate a sense of history from its mythic foundations.

Finally, Dennis Tedlock, in his celebrated translation of the Popol Vuh, begins to explain the dialectical relationship that in fact has always existedyperhaps not always between but ever at the heart of both mythology and history in the hyphen of mytho-historic consciousness:

We tend to think of myth and history as being in conflict with each other, but the authors of the inscriptions at Palenque and the alphabetic text of the Popol Vuh treated the mythic and historical parts of their narratives as belonging to a single, balanced whole. (58-59)

To this day the Quiche Maya think of dualities in general as complementary rather than opposed, interpenetrating rather than mutually exclusive. Instead of being in logical opposition to one another, the realms of divine and human actions are joined by a mutual attraction. If we had an English word that fully expressed the Mayan sense of narrative time, it would have to embrace the duality of the divine and the human in the same way the Quiche term kajulew or “sky-earth” preserves the duality of what we call the “world.” In fact we already have a word that comes close to doing the job: mythistory, taken into English from Greek by way of Latin. For the ancient Greeks, who set about driving a wedge between the divine and the human, this term became a negative one, designating narratives that should have been properly historical but contained mythic impurities. For Mayans, the presence of a divine dimension in narratives of human affairs is not an imperfection but a necessity, and it is balanced by a necessary human dimension in narratives of divine affairs. At one end of the Popol Vuh the gods are preoccupied with the difficult task of making humans, and at the other humans are preoccupied with the equally difficult task of finding the traces of divine movements in their own deeds. (59) 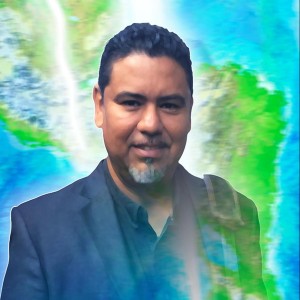 The Hyphen of Mytho-History